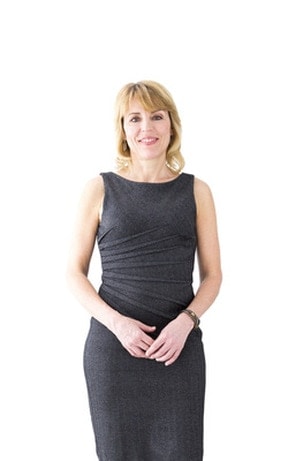 She is also available to treat auto-immune disorders as well as more common childhood disorders such as bed-wetting, eczema, allergies, asthma and ear infections.

Her treatment approach focuses on finding the underlying cause of disease, whether that is nutritional deficiency, a traumatic event or a toxic injury. Her primary treatment modalities include homeopathy and CEASE Therapy.

Dr. Anke has been in clinical practice for 25 years.

Growing up I was terribly fascinated with the natural world, examining everything in the garden with a magnifying glass and later with a microscope, raising thousands of caterpillars to butterflies and tadpoles to frogs and conducting genetic experiments with my guinea pig – much to my mother’s dismay. But I just had to know what would happen if I mated my sleek black female pig to my friend’s multi-coloured, long-haired one!

My father had a collection of psychology books, including books by Sigmund Freud and Wilhelm Reich, which I happily consumed at the tender age of 15. Now I was hooked not only on the mysteries of plant and animal life, but also of the human mind and soul.

Discovering naturopathic medicine was a revelation for me, as it allowed me to explore all of my different passions in life and help people at the same time.

While still in college about 28 years ago I had a friend who claimed to have cured his autistic son with natural methods. This was very intriguing to me as I thought that autism was incurable. I often think about him and how his story led me to my current work.

After graduation I became ever more interested in childhood developmental and behavioural concerns and saw many children who were affected. I was able to help most of them, but not all. One child in particular remains in my mind: a severely autistic boy who was extremely hyperactive and almost totally out of control. He literally climbed the walls if he was not smearing them with faeces. I tried everything I could to help him and his family but failed abysmally.

I also saw the struggles of personal friends of mine who, tragically, had two boys with autism. Their lives were basically hell.

Then in 2011 I discovered the work of Dr. Tinus Smits and it completely changed the way I approach autism and many other childhood developmental and behavioural issues. His discovery that vaccines, medications and numerous other toxins can exert combined pressure on the developing nervous system to co-create autism and that these conditions can be treated by using homeopathic preparations from these substances was an incredible discovery and quadrupled my tool box to help these children literally overnight. I and the families under my care have not looked back since.

I only wish I would have known about this method 20 years ago when I saw that little out-of-control boy. I often wonder how his life has unfolded. My life is now completely dedicated to helping these children and their families and to educating my colleagues about these new methods. It saddens me to see so many children being diagnosed and not receiving the help they really need, but I also have hope that the tide will turn soon.

Upon graduation from naturopathic college, Dr. Zimmermann was honoured with awards for achieving the highest grades in the class in botanical medicine and homeopathy.

Her favorite modality of treatment has always been homeopathy and she has taken intensive additional training in homeopathy with some of the world’s best homeopathic teachers, including George Vithoulkas, Louis Klein, Rajan Sankaran, Sadhna Thakka, Alfons Geukens and many others.

She completed her CEASE certification training in 2013.

Dr. Zimmermann founded the Equinox Centre for Natural Health in Newmarket, Ontario, in 1994.  By 2005 it had grown into the major complementary health centre in York Region, offering the services of ten practitioners, including five naturopathic doctors, an acupuncturist, a massage therapist, a nutritionist and a counsellor.

Dr. Zimmermann was honored with a ‘Naturopathic Medicine Achievement Award’ at the 2004 “Celebration of Women” in York Region for outstanding contributions to the community.

In 2005 Dr. Zimmermann moved to Victoria to enjoy the beautiful island lifelstyle and to focus more on research, teaching and writing.

Dr. Zimmermann has also written hundred of articles for various publications, including Naturopathic Doctor’s News and Review, Hpathy and Simillimum.

In January 2015 she was invited to speak about her work with CEASE Therapy and developmental disorders at an international Neurology and Biochemistry Conference in Portland.
She has also presented at the BC Annual Conference for Naturopathic Physicians and is a regular speaker at the BC Society for Homeopaths

Dr. Zimmermann is a member of College of Naturopathic Physicians of British Columbia in good standing.